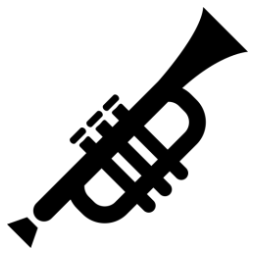 The trumpet is one of those instruments that has been around a long time, as far back as 1500 BC when ancients were said to have blown down the walls the Jericho in the book of Joshua. As the Israelite's military encirled the city, the priests blew the Shofar, a long slender tube made of bone or bronze coupled with shouting soldiers which shook the walls into crumbling.

Ancient Peru boasted of their Salpinx around 300 AD, another long tube of bone or bronze used to announce the events at the original Olympics, which would later eventually become coined as the fanfare trumpet. The Salpinx was also used in various religious and military activities but is now long replaced by the modern bugle. These are some of the earliest records of the use of trumpets.

The trumpet didn't actually become a musical instrument until the 14th and 15th centuries at which time the earliest developments of modern type trumpets took place, adding more tubes, valves and a broader range of notes. 18th century England produced a slide trumpet for use in their orchestra.

Today's trumpets are mostly constructed of tubes of brass, silver, and even copper or other modern founded metals totaling to near five feet of tubing. Trumpets may have three or four piston or rotary valves. Most trumpets carry piston type valves while rotary valves were first developed in Germany for use in the orchestra. The addition of valves was to direct the air flow into different length slides/tubes to produce different pitches of sound.

There are eight different valve combinations to the standard Bb trumpet creating seven tubing lengths. The range of the trumpet is wide stemming from low E and F# over an octave below middle C to high F#6  while some players can go up what we call the 'Super C,' then three octaves above middle C reached on the piccolo trumpet. 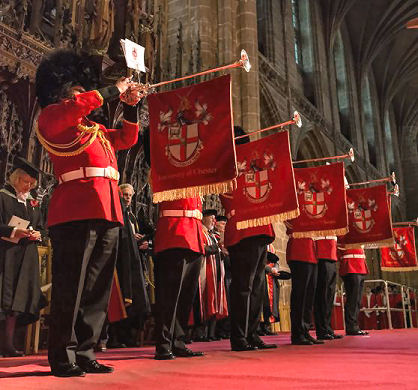 The most commonly used now is the standard Bb trumpet. Other key instruments in use include the A, C, D, E♭, E, low F, and G trumpets. The piccolo trumpet, smallest of trumpets produces tones an octave above standard while the pocket trumpet which is somewhat smaller than the Bb produces the same pitches with a smaller bell and tubes of various lengths. The cornet is a cousin of the trumpet yet smaller producing tones of more mellow tone without the upper pitched brilliance of the normal trumpet sound. Similarly, the flugalhorn, a larger cousin of the trumpet and cornet produces a broader deeper more mellow tone. The bass trumpet is slightly larger than the standard Bb and produces tones an octave lower. Other trumpets in use include the Baroque trumpet with longer tubes and overall length. The fanfare trumpet is still in use, either with or without valves, which are much longer tubed, mostly used for introductions and announcements of significant events or arriving dignitaries. England has their royal Fanfare Team for just such occasions. Image right: The Fanfare Team of Southern England

Diagram of the Trumpet 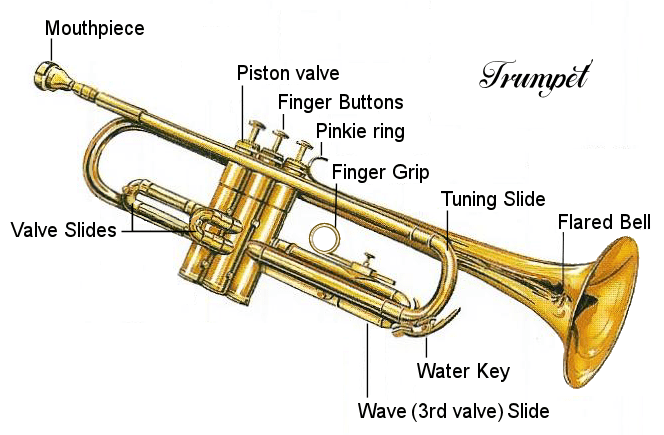 Use of the Trumpet

The Trumpet player performs seated or standing grasping the instrument with both hands.

The player vibrates the lips while blowing air into the mouthpiece and pressing the three valves with the index, middle, and third fingers of the right hand.

The right hand grips the underside of the second valve tube with the thumb. The pinkie or little finger grips the pinkie ring on top, the three middle fingers press the valve buttons. 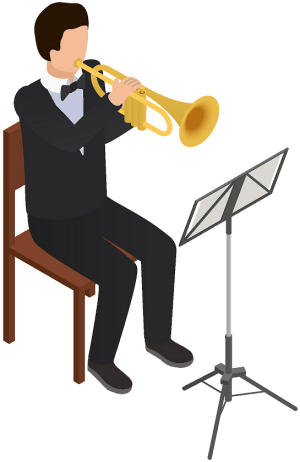 There are several types of trumpets and similarly constructed instruments, some of which are used in the orchestra and others made & used for specific applications. See the different types of trumpets on the Brass Section page. 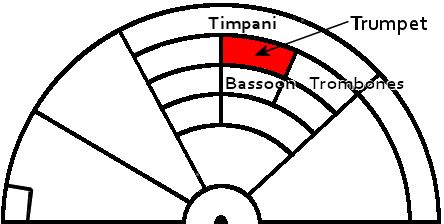 The trumpets are seated centrally in the orchestra left of the trombones & tubas, in front of the timpani and behind the bassoons.

Trumpets are widely played in most modern musical ensembles such as classical orchestras, jazz, Swing, Big Bands, even Rock, Funk, and Blues. And let's not forget the marching bands performing for both celebration and military occasion. The trumpet is also a superb solo instrument in many compositions as is evident on the Fanfare page. See the Brass Section for illustrations of these and other trumpets.

Many renowned composers have written scores showcasing trumpets and its cousin the cornet. I got my first decent trumpet as a graduation present from my mom after playing a beat up cornet bought at a garage sale for 7 years. Even so, I did my best to make it sound good and used to practice sitting on the river levee. I played in classical concerts, even won a state competition, and marched in parades and other shows. I loved playing my cornet and played popular songs of those days from composers such as Doc Severinsen, Al Hurt, and Herb Alpert with the Tiquanna Brass. Both the music and the horn were always a lot of fun for me. 😀 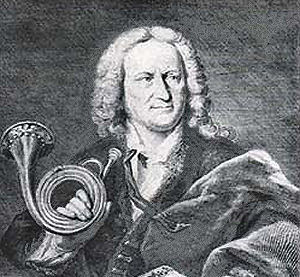 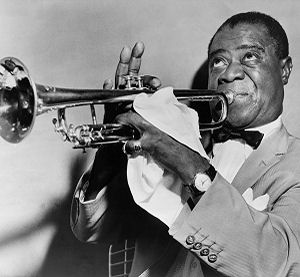 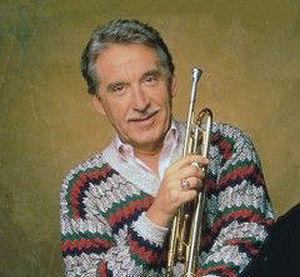 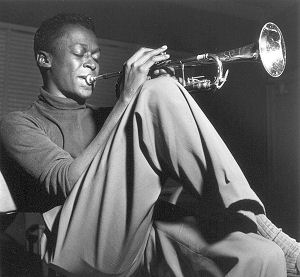