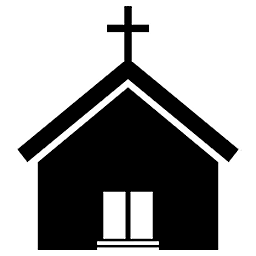 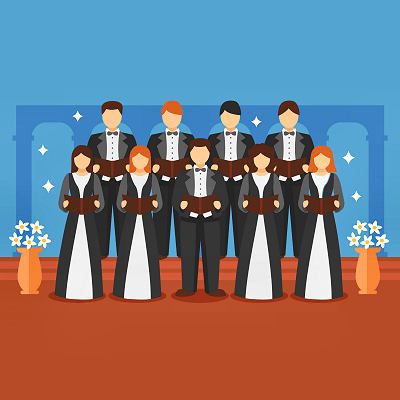 As you likely know from common knowledge, hymns are songs most often sung by choirs or church members. There are many types of hymns. There are simple hymns sung by a soloist and others performed in large groups or with instrumental accompaniment. Most hymns are meant to be performed by a group of singers or a choir. Some hymn lyrics are quoted from bible verse as in the psalms. In the chorale of the German-Protestant churches, hymn lyrics were taken from poetry.

Hymns may be written for numerous purposes. Some are used in church worship services as in Carl Boberg's Swedish traditional song 'How Great Thou Art' while another can be a battle song or song of victory as in Julia Ward Howe's 'Battle Hymn of the Republic.' Still other hymns are used for celebratory purposes like Christmas carols.

Hymns are most always written in a religious context. The definition of the hymn is 'a song of religious context used for worship or praise of a deity or even a prayer.' The word hymn originates with the Greek ὕμνος or "hymnos", which literally means "a song of praise." The study of hymns, hymnists, or hymnody is called 'hymnology.' A student of hymnody or hymnology is a 'hymnologist.' A writer of hymns is known as a 'hymnist' or 'hymnodist.' The music written for hymns are known as 'hymn tunes.' The singing or composition of hymns is called 'hymnody' while a collection or book of hymns is called a 'hymnal' or 'hymnary.' Did I leave any out? 😀

The hymn has been around for a long time, longer than any other musical style in history. References to hymns are found as far back as pre-ancient times. The first dated hymns as far as we know are from around the 7th century b.c. era. Ancient Egypt and Greece seemed to have been attributed with composing the first hymns as in the Egyptian 'Great Hymn to the Aten' composed by Pharaoh Akhenaten and the bible Psalms stemming from Judaism. I suppose no one can be certain how far back hymns were sang due to the lack of accurate historical records but we know some kind of worship music was there by references in paintings, drawings, and hieroglyphics.

The instrumental accompaniment of hymns dates back just as far. During ancient times the harp, lute, and lyre were most used. Later on keyboards, primarily organ and harpsichord filled the air with music for the singer(s). As far as the music goes, hymns of the past were sang in improvisation, chants, and plainsong like the Latin or Greek based Gregorian plainchants which were sung by monks. Religious plainchant was widely used from the 8th to the 16th century in several religious denominations, mainly Catholic and Protestant.

As the hymn's use continued, Protestant Reformation began to challenge the Roman Catholic church practices concerning the use of hymns. Protestants felt commanded by God through bible scripture that worship services be held in a specific pattern, contrary to that of the Catholics, as did the Presbyterian, Lutheran, and Baptists in England and Scotland. The first Protestant hymnal was written in Bohemia in 1532 by the Unitas Fratrum, one of the oldest Protestant denominations. It was Isaac Watts given credit with writing the first English hymn in a effort to bring the hymn from a purely Godly worship into the practice of glorifying Jesus Christ instead. Watts is noted by many as "the liberator of English hymnody." 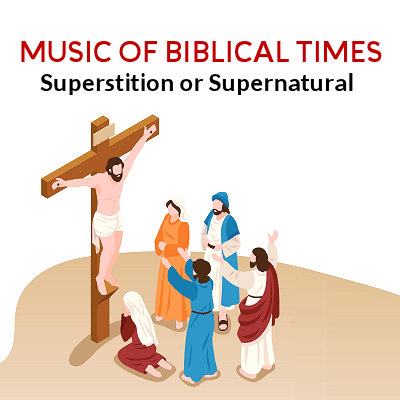 Later, the 'Second Great Awakening' brought a new form to the hymn known as Gospel. This is where songs like 'Amazing Grace' and 'How Great Thou Art' come in. Most modern hymns stem from similar roots or styles. The term gospel was used to designate gospel tunes as separate from hymns. Gospel songs most always include a chorus or refrain and a faster tempo than hymns. The gospel genre spread fast among the Protestant religions but it was still denied as worship music by the Eastern Orthodox religions continuing primary use of plainchant. The 18th and 19th centuries followed with an explosion of hymn writing among composers of religious song. In modern times, the hymn is mostly sang in unison by choirs, soloists, and church members in most secular churches.

The choir too originates almost as far back as hymns separated by only a few generations. Today we sing along in church. We have church and large scale performance choirs, most accompanied by some instrument, usually keyboard if not an orchestra. Modern hymns come in many styles and genres. There are Christian hymns, Country hymns, and Rock hymns as well as Classical, Contemporary, and of course Gospel. Most modern hymns are stiill not recognized by the official Orthodox church as hymns.

'Of the Father's Heart Begotten'