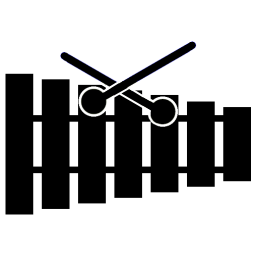 The Xylophone first appeared in the symphony orchestra in 1874 in French composer 'Saint-Saens's 'Danse macabre.' The story set in a rather morbid scene, the xylophone was conceived to sound like a tonal rattling of skeletal bones. By contrast, the Glockenspiel carries a more bell-like sound due to its metal keys.

The xylophone has a vague and unsure origin thought to have originated in southern Asia and brought to Africa by Polynesian immigrants around AD 500. In Africa it became and remained a traditional instrument for some time. As mentioned, these claims too are doubted by ethomusicologists. Most references tend to lean toward the notion that most of the early developments of the xylophone were in Asia, perhaps even earlier. Nobody really knows for certain who invented it or where it came from due to the lack of any accurate historical information.

Both the xylophone and glockenspiel are members of the percussion family of instruments. The word xylophone is from the Greek words ξύλον—xylon, meaning "wood"  and "phōnē," or 'sound/voice' or "sound of wood." The keys of the xylophone considered as struck idiophones by the Hornbostel-Sachs classification of instruments.

Xylophones have been made in many different key scaling systems including the  heptatonic and pentatonic. The modern version is keyed just as the modern piano in the chromatic of the major and minor scaling system. Modern toy xylophones with metal keys are labeled glockenspiels instead. In the modern version, its highest note is 'C' four octaves above 'middle C' and it lowest tone is the 'F' above 'middle C,' giving it a range of about three and half octaves or four in some longer versions. The eastern European xylophone as used in Saint-Saens's productions had four rows of keys with the player standing more at the end than the side of the instrument. Some of the first xylophones are said to have had as little as four keys.

Diagram of the Xylophone 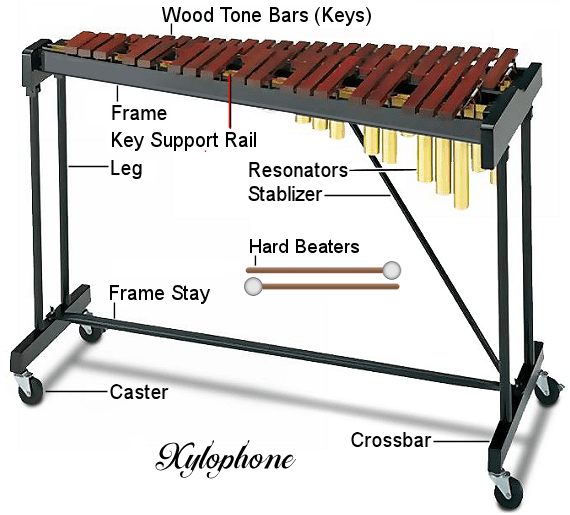 Use of the Xylophone

The Xylophone player holds the mallet beat sticks in either hand between the thumb and index finger, across the palm of the hand, with palms facing down.

The player strikes the center of the tone bars for maximum resonance.

At times the player will use two mallets in one hand or even cross the arms over one another to reach the notes.

The top of the xylophone should be slightly below the waistline. 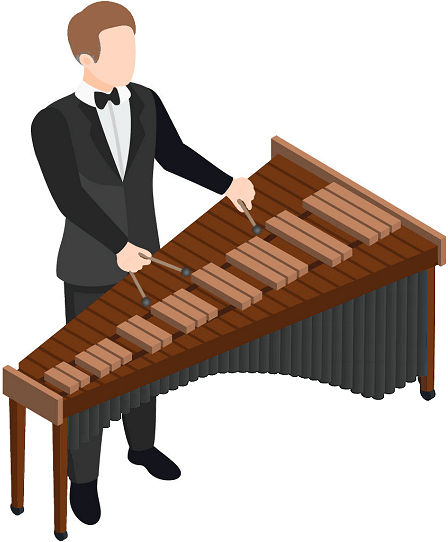 The Hornbostel–Sachs System classifies the keys of the Xylophone and Glockenspiel as directly struck idiophones, which produce sound through the vibrations of the physical body of the instrument when stuck. Only the keys are classified since the actual instrument does not produce any sound, only its keys do. 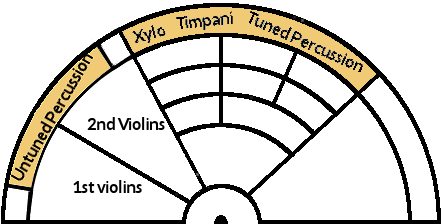 Where in the Orchestra

The Xylophone  shares the space designated for percussion which encircles the rear of the orchestra, typically toward the left center.

Video Left: Christian Rock recording artists 'For King and Country' perform 'Proof of Your Love' at the KLOVE radio studios Nashville, Tn in 2012. 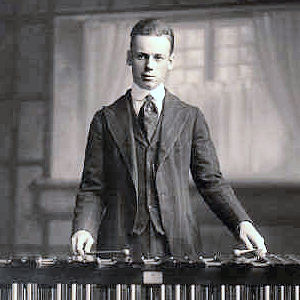 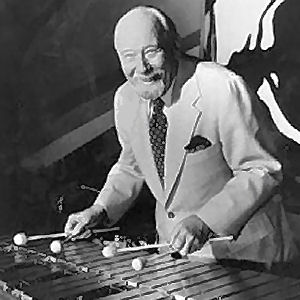 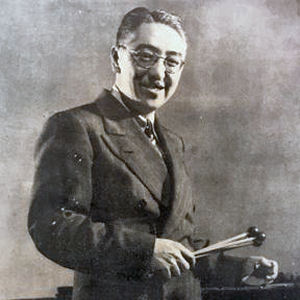 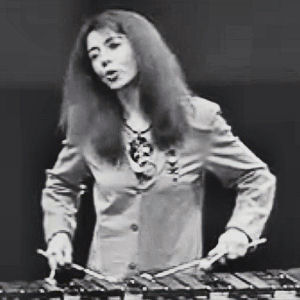