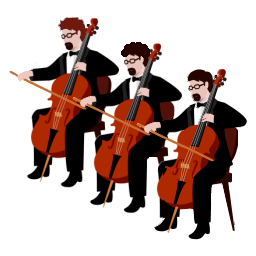 During the early 15th century the Suite was born, though similar writings had occurred earlier in the former century. The suite began as an instrumental form comprised of a series of movements of the same key.

Early suites took on the flow and tempo patterns of existing dances such as the galliard or pavan. As times change so do music and dance thus, the suite was no exception. As the Renaissance progressed, more dances would be merged in consisting of three or four group movements, often with an introductory overture or prelude.

As suites entered the Baroque Period, composers like Bach and Handel wrote several fabulous works bringing the suite to its heights. Handel's 'Water Music' is basically a series of suites while Bach made his compositions famous with rich contributions from his piano, cello, and orchestral suites. Bach's keyboard pieces added the gavotte or a minuet dance with slow beginnings followed by faster tempos then repeating the same.

As composers were re-configuring the sonata, applying contrasting keys and themes to the suite, the sonata form was eventually replaced as it was known.

Into the 19th century, composers again revised the suite now connecting folk dances to its underlying legacy of nationalistic character. Either happenstance or intention now gave the style some separation from their creative works of ballet and opera performances.

'Suite From On The Waterfront