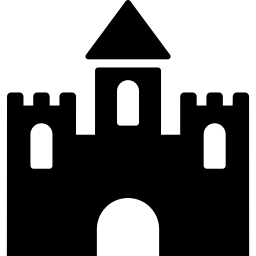 DID YOU KNOW?   In an attempt to standardize the musical chants used in the Roman Catholic Mass, Charles the Great sent trained singers out across the Roman empire. 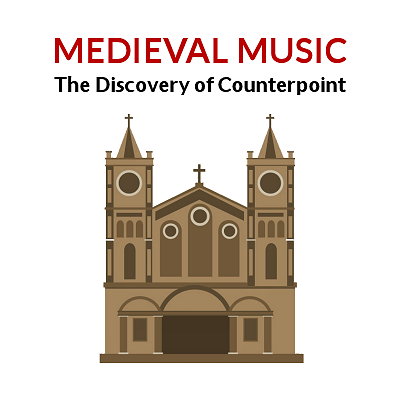 Monophonic was the term used to describe a wide variety of fairly organized musical styles from the period after ancient rule until just before any real forms of musical style started appearing about the twelfth or thirteen century. As implies it's earned title, the music of Medieval times was generally quite mono-thematic, which is to say; music of the era consisted mostly of a simple repetitious theme. Very little contrast existed in Medieval music, perhaps since this was before any real awareness of counterpoint. It was a time of experimentation for both musicians and composers.

Harmony was barely a notion during the Medieval Era though some court performers and common folk were beginning to somewhat play with the emerging concept of separate musical parts. Voices usually played a larger part than did instruments and when there were different instruments in monophonic music, they generally played either alone or the same patterns of music; that is to say, the same notes, if they could even find them. Playing by ear was likely a very common method. Too, it was a common practice to take the vocal parts from existing poetry for use in the church.

Outside of the church, the music of medieval times was likely left up to the imagination if a performer really wanted to impress his audience which was usually royalty. True, music was there for the commoners as well but if there's one thing that's always been with man, it's the ego and just like today, if a performer was good enough he could be greatly rewarded and if he really messed up, he could literally lose his head over it or even be fed to the lions. It was after all, the Medieval period.

The Polyphonic musical period began in the early ninth century and was a fairly popular musical style until close to 1600. This age has also come to be known as the Medieval period. This is a common misconception since the Medieval period was actually contained within the Polyphonic. Medieval performers had now been at for a couple hundred years and it's certain that what they learned was picked up by upcoming generations.

Polyphonic music are the styles of musical form using two or more different, but combined melodic lines. This was the invention of counterpoint and the discovery of harmony! Since the musicians now needed some way of separating, interpreting and mastering the different instrumental parts, organized musical notation was born. Right: A woman of medieval times plays the lute. 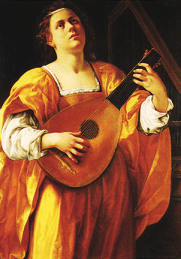 The Medieval period didn't really get started good until around the year 900. The musically inclined were inventing. They were innovating and at the same time experimenting and learning for themselves just what music was really about. Ancient sounds ran over into Medieval music followed by the early progressions of the Baroque era. By the young fifteenth century musicians and composers alike were anticipating the unlimited musical explosion that was certainly inevitable.